Running just Running , Running from them I don’t know who them is but its bad. dark, cold, damp and then  cold metal? THEN I LOOKED UP TO SEE HUGE LEGS THAT WERE RUNNING WITH ME??? the legs stopped and motioned me to keep going so I did. then I herd a thunder of trees falling then silence then the them screamed shaking the forest. but the scream got cut off THE LEGS SAVED MY LIFE !?!? but everybody else was gone it was just me and the legs living together, Running in the forest endlessly just me and some LEGS??? JUST WHY THOUGH  !!!!!  😉 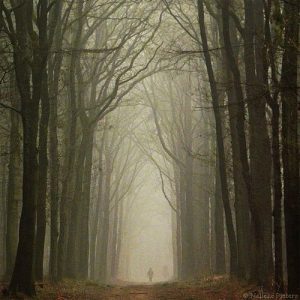 “Ready, set ,GO!” the announcer yelled as the snails raced in teams of 2 but the best team that usally is first is last!!?!? they tried to go faster but they were just out of it  “blah blah not important stuff blah but although they ‘ran’ quick they were still not making enough progress!!! so it looks like if they don’t work together and get focused they will come in last” the announcer yelled  “wait wait dont look now lead snails the last team is catching up and fast !!!!” the announcer laughed then out of no were the last snails won!!! 🙂

there once was a banana that lived happily with his friends! until….. A HUMAN CAME AND TOOK THE HOPELESS BANANA!!!! THEN HE DID THE WORST THING, HE TOOK THE TINY YELLOW  BANANA AND PEELED IT THEN HE SET IT DOWN ON A CUTTING BOARD AND TOOK HIS VERY THIN , SHINY  KNIFE!!!! AND SLOWLY CUT THE BANANA INTO TINY PEICES AS THE BANANA SCREAMED IN AGONY THEN THE HUMAN TOOK THE PEICES  PUT THEM IN A BOWL THEN THE HUMAN GRABBED MILK AND POURED IT ON THE BANANA, ADDED CEREAL AND GAVE IT TO A ……….. cute baby  that was so cute.

I’m back to school. its going to be another day of prison “settle down class today were going to be doing math” Mrs hay said “ugh ”  every body said.   “looks like my class woke up on the wrong side of the bed!”  Mrs hay proclaimed then she started babbling about math but i started daydreaming. I thought  what if  i was in charge?  I imagined that class would go outside for a break then we would do the normal stuff. BUT IN A MORE FUN WAY!!! then i herd “Tori”  echo in my head and i  woke to ms hay ! ☻

on one hot summer morning after the rain had fallen a little child play in the dew covered grass laughing as she chases a butterfly that flutters around her. then a huge gust of wind fly’s through the trees bending,twisting,and ripping smaller trees from the ground, the little girl runs to catch the butterfly but its to late the butterfly has already been blown out of the child’s reach, she just stands their watching the butterfly being blown away out her of sight. she walks home sadly but as she gets closer the butterfly, it came down the drain pipe!!!

“Why are you yelling?” Green said

“LOOK AT THE SKY!” Blue said

“That’s why i woke you guys!” Blue yapped

“But i do wish we could move” Blue added

“Ya” Green and Red agreed

“But this is still a good view” Blue said happily

“Sooo how did you sleep?” Blue said as he smiled